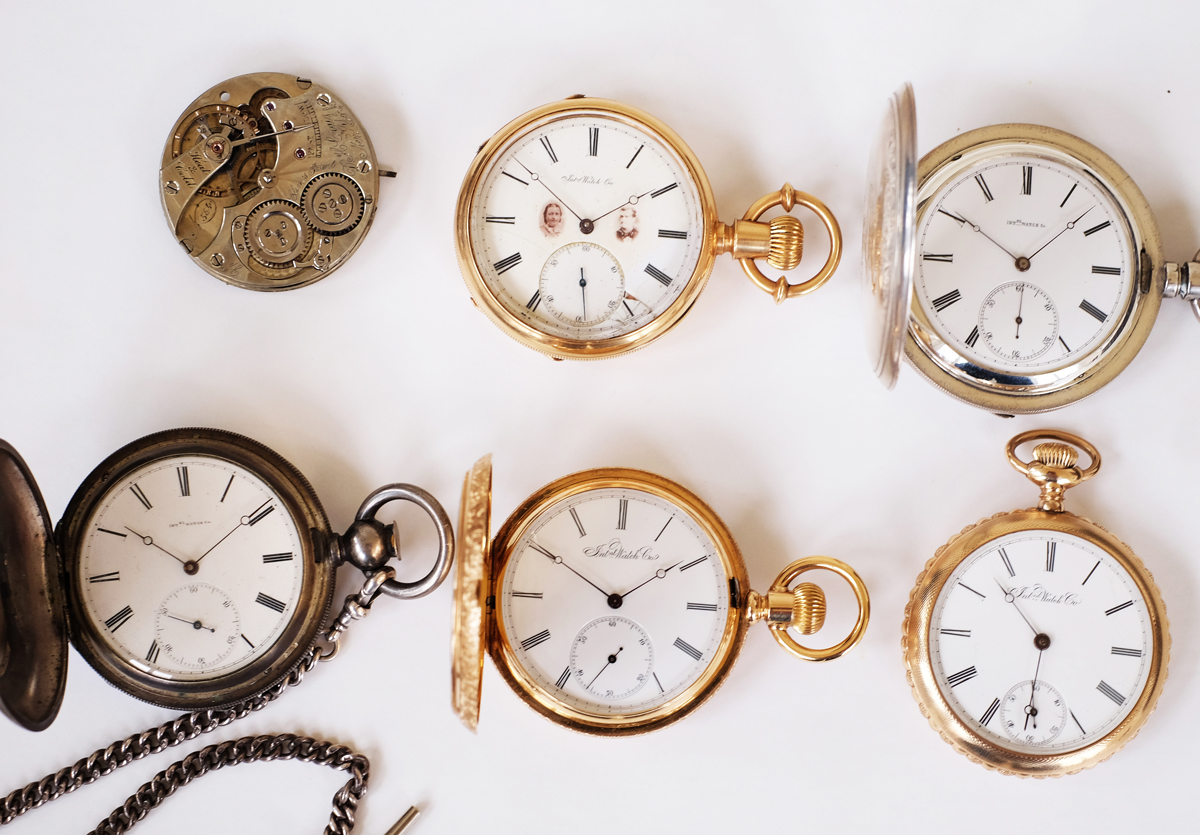 The first movement made by Florentine Aristo Jones, the U.S. founder of IWC in Schaffhausen, Switzerland, was the Jones Calibre. While full records do not exist, reportedly approximately 26,000 Jones calibre movements were produced from 1872 to about 1876, although some were finished later. Jones movements have been designated as Calibres 1 through 17.

The so-called Jones movements were all three-quarter plate designs, with a characteristic feature being the elongated index pointer, which sometimes is called the “Jones arrow”. The movements had various quality designations, usually related to jewelling. Some were signed with names such as “Romney”, “Greenleaf” or “Craig”. Most Jones watches were initially sold in the United States.

This is movement 554, the earliest known movement produced by IWC. It is believed that numbering started at either 500 or 501, which means this is probably the 53rd movement produced. It is a Pattern H movement, signed “Craig”, which makes it the highest quality Jones movement along with Pattern E. “Craig” was presumably Jones’ uncle, Daniel Craig, who possibly was a financier of the new venture.

Another earlier Jones, this is number 2612 and signed “Romney”. It is very unusual due to the images on the dial; it could be historically important if these persons were identified. This Jones is a Pattern B and unusual also by being a “sidewinder”: that is, the crown is at 3 o’clock and winds the watch, but this Savonette model is not a typical “hunter” with a front cover.

Pattern B was also produced in a key-wind variation, instead of the more costly and innovative stem wind version typical of most Jones’ movements. This is a key-wind example, and also a Pattern B signed “Burns” with an early movement number.

A mint example of a Pattern R, signed “Intl. Watch Co.” in an especially fine gold case  It is unusual due to its glass display back, and may be one of the earliest display back watches.

A pattern S example, which is unusual with its screwed case back. Given its very high movement number (24426) it is likely that the watch was produced in the 1880s from a movement ebauche that remained years after Jones production ceased.